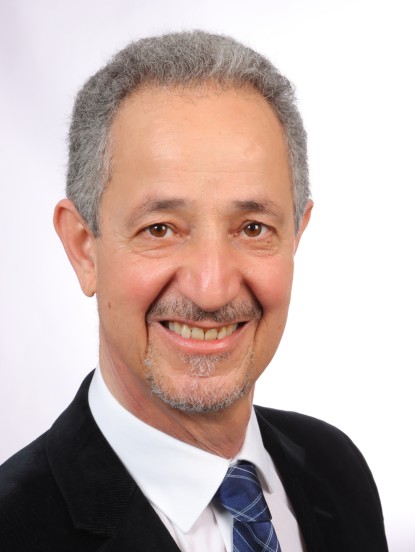 Abdelhak M. Zoubir is a Fellow of the IEEE for contributions to statistical signal processing and an IEEE Distinguished Lecturer (Class 2010-2011). He received the Dipl.-Ing. degree (BSc/BEng) from Fachhochschule Niederrhein, Germany, in 1983, the Dipl.-Ing. (MSc/MEng) and the Dr.-Ing. (PhD) degree from Ruhr-Universität Bochum, Germany, in 1987 and 1992, respectively, all in Electrical Engineering. Early placement in industry (Klöckner-Moeller & Siempelkamp AG) was then followed by a Research Associate position with the Signal Theory Group at Ruhr-Universität Bochum, Germany. In June 1992, he joined Queensland University of Technology where he was Lecturer, Senior Lecturer and then Associate Professor in the School of Electrical & Electronic Systems Engineering. In March 1999, he took up the position of Professor of Telecommunications at Curtin University of Technology, where he was Head of the School of Electrical & Computer Engineering from November 2001 until February 2003. He has been Professor of Signal Processing and Head of the Signal Processing Group at Technische Universität Darmstadt since February 2003.