The following tutorials are to be held.

The final schedule of the summer school will be announced.

Gonzalo Arce (IEEE Fellow) received the PhD degree from Purdue University and afterwards joined the University of Delaware where he is the Charles Black Evans Distinguished Professor of Electrical and Computer Engineering. He served as department Chairman from 1999 to 2009. He holds the 2010 Fulbright-Nokia Distinguished Chair in Information and Communications Technologies at the Aalto University in Helsinki, Finland. He has held visiting professor appointments at the Tampere University of Technology and the Unisys Corporate Technology Center. His research interests include statistical signal processing, nonlinear signal processing, and computational imaging. He is a Fellow of the IEEE and is the recipient of several awards including the DuPont Young Investigator Award, the NSF Research Initiation Grant, and a fellowship from the Center for Advanced Studies at the University of Delaware. He has supervised four Colburn Price Award winning PhD Dissertations at the University of Delaware. He is the author or co-author of the books Nonlinear Signal Processing, Wiley & Sons 2004, Modern Digital Halftoning, CRC Press 2008, and Computational Lithography Wiley & Sons 2010. He has served as Associate Editor for several journals of the IEEE and the Optical Society of America. He is a frequent consultant to industry in the areas of communications and imaging.

Visa Koivunen (IEEE Fellow) received his D.Sc. (EE) degree with honors from the University of Oulu, Dept. of Electrical Engineering. He received the primus doctor (best graduate) award among the doctoral graduates in years 1989-1994. He is a member of Eta Kappa Nu. From 1992 to 1995 he was a visiting researcher at the University of Pennsylvania, Philadelphia, USA. Years 1997 -1999 he was faculty at Tampere UT. Since 1999 he has been a full Professor of Signal Processing at Aalto University (formerly known as Helsinki Univ of Technology) , Finland. He received the Academy professor position (distinguished professor nominated by the Academy of Finland). He is one of the Principal Investigators in SMARAD Center of Excellence in Research nominated by the Academy of Finland. Years 2003-2006 he has been also adjunct full professor at the University of Pennsylvania, Philadelphia, USA. During his sabbatical term year 2007 he was a Visiting Fellow at Princeton University, NJ, USA. He has also been a part-time Visiting Fellow at Nokia Research Center (2006-2012). He has spent multiple mini-sabbaticals at Princeton University (summers 2010, 2011 and 2012). Dr. Koivunen's research interest include statistical, communications, sensor array and multichannel signal p rocessing. He has published about 350 papers in international scientific conferences and journals. He co-authored the papers receiving the best paper award in IEEE PIMRC 2005, EUSIPCO'2006, EUCAP (European Conference on Antennas and Propagation) 2006 and COCORA 2012. He has been awarded the IEEE Signal Processing Society best paper award for the year 2007 (with J. Eriksson). He served as an associate editor for IEEE Signal Processing Letters, IEEE Transactions on Signal Processing, Signal Processing and Journal of Wireless Communication and Networking. He is co-editor for IEEE JSTSP special issue on Smart Grids. He is a member of editorial board for IEEE Signal Processing Magazine. He has been a member of the IEEE Signal Processing Society technical committees SPCOM-TC and SAMTC. He was the general chair of the IEEE SPAWC conference 2007 conference in Helsinki, Finland June 2007. He is the the Technical Program Chair for the IEEE SPAWC 2015 as well as Array Processing track chair for 2014 Asilomar conference.

Esa Ollila (IEEE Member) received the M.Sc. degree in mathematics from the University of Oulu, in 1998, Ph.D. degree in statistics with honors from the University of Jyvaskyla, in 2002, and the D.Sc.(Tech) degree with honors in signal processing from Aalto University, in 2010. From 2004 to 2007 he was a post-doctoral fellow and from August 2010 to May 2015 an Academy Research Fellow of the Academy of Finland. He has also been a Senior Lecturer at the University of Oulu. Currently, he is an Associate Professor of Signal Processing at Aalto University. He is also an adjunct Professor (statistics) of Oulu University. Fall-term 2001 he was a Visiting Researcher with the Department of Statistics, Pennsylvania State University, while the academic year 2010-2011 he spent as a Visiting Post-doctoral Research Associate with the Department of Electrical Engineering, Princeton University.

Frédéric Pascal (IEEE Senior Member) received his M.Sc. in Applied Mathematics (2003-Univ. Paris VII-Jussieu) and his Ph.D. in Signal Processing (2006-Univ. Paris X-Nanterre). In 2012, he obtained a Research Directorship Habilitation (HDR) thesis in Signal Processing from the University of Paris Sud. From Jan. 2014, he is a full Professor in the lab of Signals and Systems at CentraleSupelec. His research interests contain estimation, detection and classification in statistical signal processing and radar detection.

Abdelhak M. Zoubir (IEEE Fellow) received the Dipl.-Ing degree (BSc/BEng) from Fachhochschule Niederrhein, Germany, in 1983, the Dipl.-Ing. (MSc/MEng) and the Dr.-Ing. (PhD) degree from Ruhr-Universität Bochum, Germany, in 1987 and 1992, respectively, all in Electrical Engineering. Early placement in industry (Klöckner-Moeller & Siempelkamp AG) was then followed by Associate Lectureship in the Division for Signal Theory at Ruhr-Universität Bochum, Germany. In June 1992, he joined Queensland University of Technology where he was Lecturer, Senior Lecturer and then Associate Professor in the School of Electrical and Electronic Systems Engineering. In March 1999, he took up the position of Professor of Telecommunications at Curtin University of Technology, where he was Head of the School of Electrical & Computer Engineering from November 2001 until February 2003. He has been Professor of Signal Processing at Technische Universität Darmstadt since February 2003 and is an IEEE Distinguished Lecturer (Class 2010-2011). His general research interest lies in statistical methods for signal processing with applications to cooperative sensor communications, synthetic aperture sonar, synthetic aperture radar, biomedical engineering, and car engine monitoring and safety for automotive applications. His current research interest lies in bootstrap techniques for non-stationary and non-Gaussian signals and robust statistics for signal processing, with applications to distributed detection, spectrum sensing, localization of user equipment in wireless communications, and automatic detection and classification in Synthetic Aperture Sonar (SAS) and Through-The-Wall radar imaging.

Michael Muma (IEEE Member) received the Dipl.-Ing (2009) and the Ph.D. (Dr.-Ing.) degree with summa cum laude in Electrical Engineering and Information Technology (2014), both from Technische Universität Darmstadt, Darmstadt, Germany. He wrote his PhD thesis on “Robust Estimation and Model Order Selection for Signal Processing”. Since 2014, he is a Postdoctoral Fellow at the Signal Processing Group, Institut für Nachrichtentenchnik, Technische Universität Darmstadt. He completed his diploma thesis with the Contact Lens and Visual Optics Laboratory, School of Optometry, Brisbane Australia. Dr. Muma has been the IEEE SPS Signal Processing Theory and Methods Student Subcommittee Chair since 2011. He Co-organized the Special Session on Advances in Robust Statistical Signal Processing at the IEEE SSP’14. He is Associate Editor for eNewsletter representing the Europe region. He was the supervisor of the Technische Universität Darmstadt student team who achieved first place in the international IEEE Signal Processing Cup 2015. He is project leader of the workpackage “Robust Distributed Multi-Source Detection and Labelling” of the EU Future and Emerging Technologies (FET) project HANDiCAMS (Heteregenous Ad-Hoc Networks for Distributed, Cooperative, and Adaptive Multimedia Signal Processing). His current research interests include robust statistics for signal processing, biomedical signal processing and distributed detection and estimation for Wireless Sensor Networks. 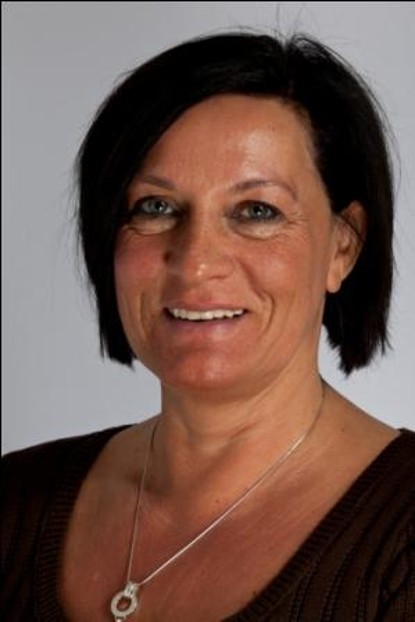